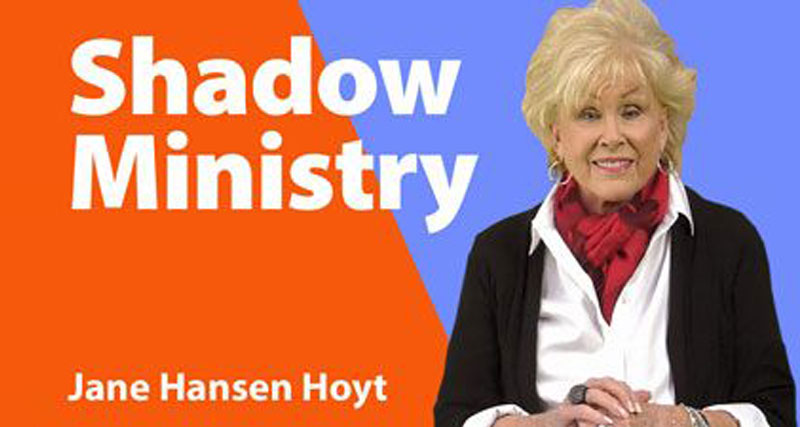 There can be times when the enemy tries to thwart your ongoing ministry by whispering to you that “you are not effective.”  You may feel that what you are doing…or the lack thereof…is not yielding the fruit you would like to “see.”

Listen to this wonderful example, a story told by Jamie Buckingham at the New Orleans International Conference in 1991.

He started by sharing the Scripture out of Acts about Peter walking with his eyes on Jesus and how they brought people out to the streets in the hope that Peter’s shadow would fall on them and they would be healed.  (Acts 5:15)  Jamie then went on to encourage each one of us to walk with our eyes on Jesus and our shadow, too, would fall and have an influence.

Jamie shared how he was in Israel doing research for a book.  He was planning to be at the summit of Mt. Sinai by daybreak for a prayer meeting.  He had spent the night at the foot of the mountain.

About halfway up the mountain, a tribe of aborigines passed him, some of them elderly, some barefooted, with a white man.

When Jamie arrived at the summit, a little past daybreak, the aborigines, and the man were already involved in a prayer meeting.  At the conclusion of their meeting, Jamie went over to talk with the white man and asked who the men with him were. The man told Jamie they were aborigines from Papua, New Guinea.  He told Jamie he used to be a biker in Australia and had read a book, written by an American, that so influenced his life that he gave his heart to the Lord.  Then the Lord sent him to New Guinea. He went on to explain, these men were the elders of the tribes that had received Jesus.  They had pooled their money so that they could come to Israel to see if the things they had read were really so…like Mt. Sinai, the Sea of Galilee, etc.

The man then turned to Jamie and asked what he did.  Jamie said he was an author and was in Israel doing research for a book.  The white man said he knew it would be a great coincidence, but would he know Jamie Buckingham, as he was the man that had written the book that so changed this man’s life!

Can you imagine?!  You were halfway around the world to hike Mt Sinai, yet God’s miraculous purpose was working far beyond just reaching the summit of the mountain.  He was about to introduce this biker from Australia, this new believer in Jesus, to the very author who had been used to change the Australian’s life.  Oh, the miraculous workings of Jesus!  Jamie humbly went on to share with the Australian, as they stood halfway up the mountain, that he, indeed, was Jamie Buckingham…the very man who had written the book that utterly changed the new believer’s life. Think of it!  It was all due to Jamie’s God-given talent to write a book, that he had now cast his shadow halfway across the earth to touch an Australian man.

My friend, let me say from the fullness of my heart, you, too, are casting a shadow.  It comes in the simplest of ways.  Perhaps hiking a mountain in Israel sounds like something of “Biblical proportions.”  But my life, your life, lived out in the natural ways, as we go about our daily tasks also casts a shadow.

You will never be aware of how many times and how many ways that Jesus has shown up through you.  It is the power of His life in YOU, coming forth at all times….to cast His shadow through you.

Live in a way that you are unconscious of yourself.  Let Jesus just flow through you….every day…in every way.

He who dwells in the shelter of the Most High will abide in the shadow of the Almighty.  Psalm 91:1

With love, from a fellow shadow caster.